What is a vapor blaster?

There is a significant difference between vapor blasting and wet or dry ice cleaning. vapor blaster is a blaster that operates using steam as the working fluid and although the purpose sought by vapor blasters varies for each specific application, the basic working principle is the same, and today we will introduce the vapor blaster. 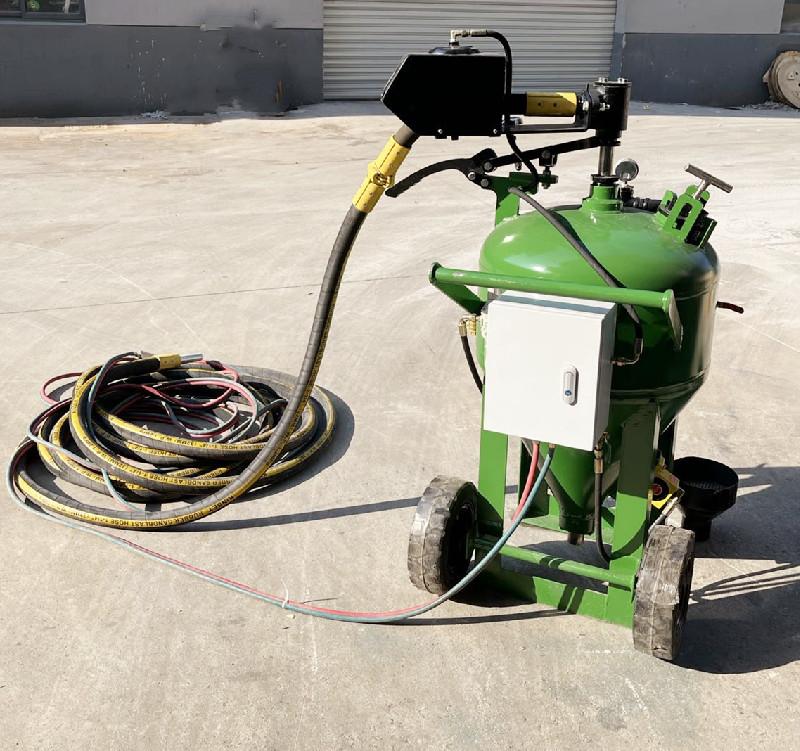 What is vapor blasting?

A short definition of vapor blasting can best answer this query.

"Vapor blasting is the use of a dry blasting medium and the introduction of water into the jet stream, all propelled by compressed air."

Steam injection is a modern term coined by the restoration industry. It was originally known as 'wet blasting' and later as 'slurry blasting', 'dust-free blasting', or 'liquid blasting'.

"The term ' vapor blasting' can cause some confusion to those new to media blasting, as the receptor surface is being treated in a very non-abrasive way.

Vapour gives the impression that the treatment is a highly non-abrasive treatment, i.e. the surface is not blasted with any form of abrasive media. This is very different from the truth.

In the first stage of the process, vapor injection is usually carried out using an extremely abrasive medium, and considerable care is required to avoid damage to the sensitive receptor surface (substrate). Experienced operators protect sensitive surfaces by carefully controlling the distance between the steam injection nozzle and the surface, shielding the sensitive surface, or using a shield.

The earliest designation of 'wet blasting' was used when steam blasting technicians found that introducing water into the air stream made blasting operations less abrasive and safer for workers.

How does the vapor blaster work?

The working vapor is accelerated in the DeLaval nozzle to form a supersonic jet, while the induced fluid is coiled and sucked into the mixing chamber due to the shearing effect with the working vapor, and gradually develops a single homogeneous mixture, which is decelerated and compressed to a certain back pressure through a diffusion section and discharged from the blaster. Wet and dry ice cleaning does not require any auxiliary water in the gas stream.

The above is an introduction to the vapor blaster and we hope it will help you to understand our products better.